Meet the experienced and friendly doctors and staff who make Family Eye Care the leading provider of vision care products and services in Ft. Walton Beach. 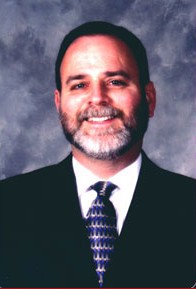 Michael A. Fregger, O.D. Dr. Fregger is a native Floridian, raised in Tallahassee. He is a graduate of Florida State University (B.S., 1978) and Southern College of Optometry (O.D., 1982.) He proudly served in the U. S. Army as a staff Optometrist at Ireland Army Hospital, Ft. Knox, KY, from 1982 to 1985, and received the Army Commendation Medal in 1985. After separating from the Army, he and his wife Brenda moved to the Ft. Walton Beach area to raise their family.

In our community Dr. Fregger has served two terms as Chairman of the Better Business Council of the Emerald Coast, and as Vice President of both the Government Division and the Membership Division of the Greater Ft. Walton Beach Chamber of Commerce. In 2002 he was President of the Chamber of Commerce, and he remained on their Board of Directors thru 2006. Dr. Fregger also has served on the Board of the Ft. Walton Beach Chamber of Commerce Foundation. He served as President of this foundation in 2007, Vice President in 2008, and President again in 2009. He is a past Chairman of the Board of Trustees of The Emerald Coast Science Center, and has served on the Board of Directors of the Emerald Coast Marine Institute. Dr. Fregger is a member of the Playground Amateur Radio Club and was club treasurer from 2011-2021.

Dr. Fregger specializes in vision care for the entire family. He always enjoys a challenging contact lens design and fit.

You can schedule your next eye exam with us online!

Leave Us a Review

Please take a moment and let us know how your experience was.